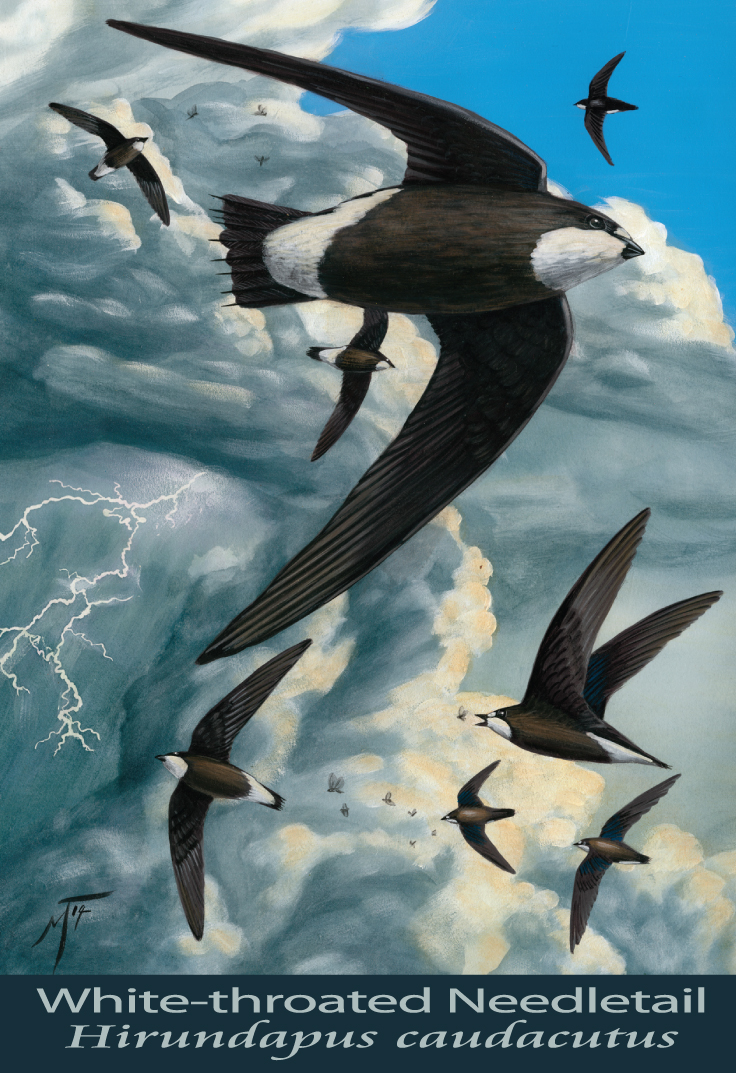 Also known as the Spine–tailed Swift, it is the fastest-flying bird in level, flapping flight, being capable of 170 km/h. They are aerial birds but will often roost in trees. They arrive in Australia from their breeding grounds in the northern hemisphere in about October each year and return between May and August.

They feed on flying insects, such as termites, ants, beetles and flies, catching the insects in flight in their wide gaping beaks. Usually feeding in rising thermal currents associated with storm fronts and bushfires, large flocks can be seen moving with wind fronts. While feeding, they protect their eyes with a special membrane and a small ridge of feathers. The birds also drink in flight.