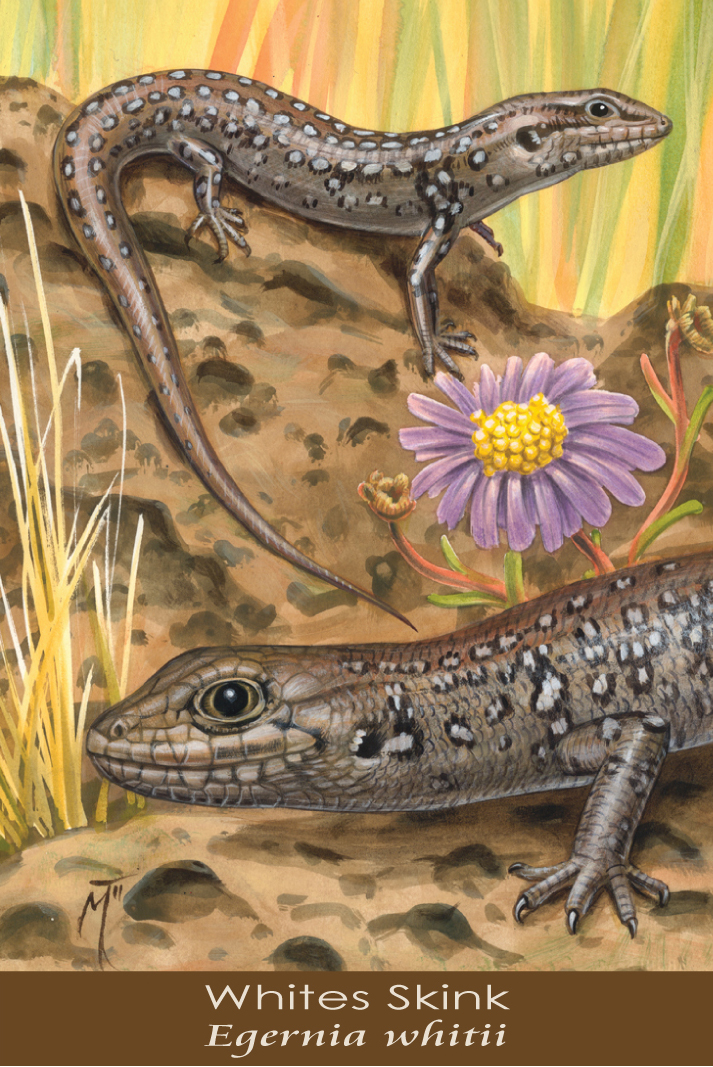 White’s skinks live in colonies in shared burrows under or between rocks and logs, or in sand. The openings are placed to catch the sun and with two entrances for escape and ventilation. They are found in rocky micro-habitats in open woodland, heathland and grasslands over a wide geographic range between South Australia and Queensland, including Tasmania.

When threatened they puff themselves up and open their mouths. Two to six young are born in February and moult three to five times per year. They are slow-growing, living up to eight years. They feed on insects, including ants, leafhoppers, spiders and occasionally on plants.