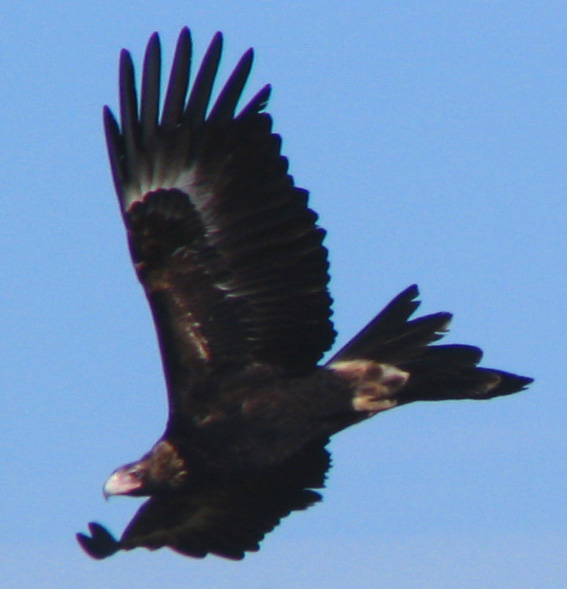 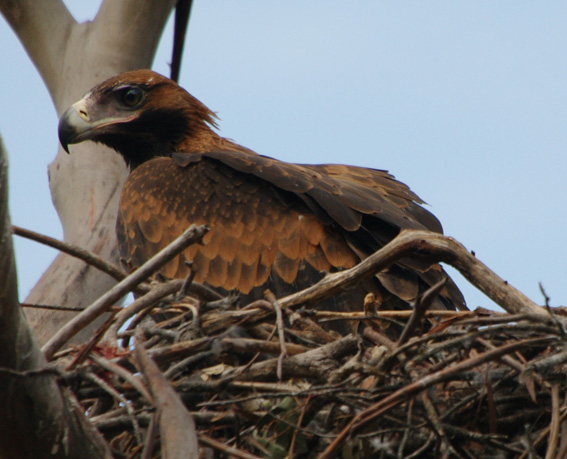 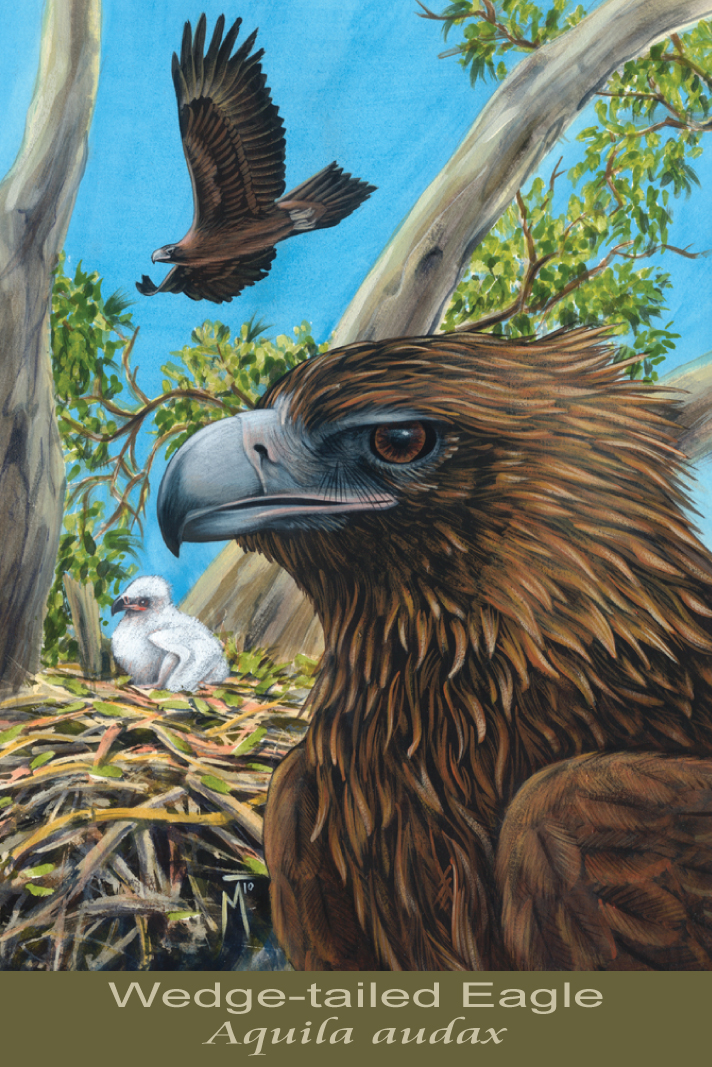 Australia’s largest raptors, with a long diamond shaped tail and a huge 2.3 metre wing span, are known to the indigenous Wathaurong people as “Bunjil - the creator”. Eagles were once shot in large numbers by farmers for killing stock, mainly lambs. Now protected (like all native wildlife), their numbers have increased and they can be seen in this area, especially the Spring Creek valley.

They soar high on thermal air currents and can dive at high speed to catch prey such as rabbits and other small mammals, birds and reptiles. They build huge nests, up to 1.8m in diameter, in forks of large trees. They lay 1 to 3 eggs and raise one dominant chick who kills its smaller and weaker siblings.