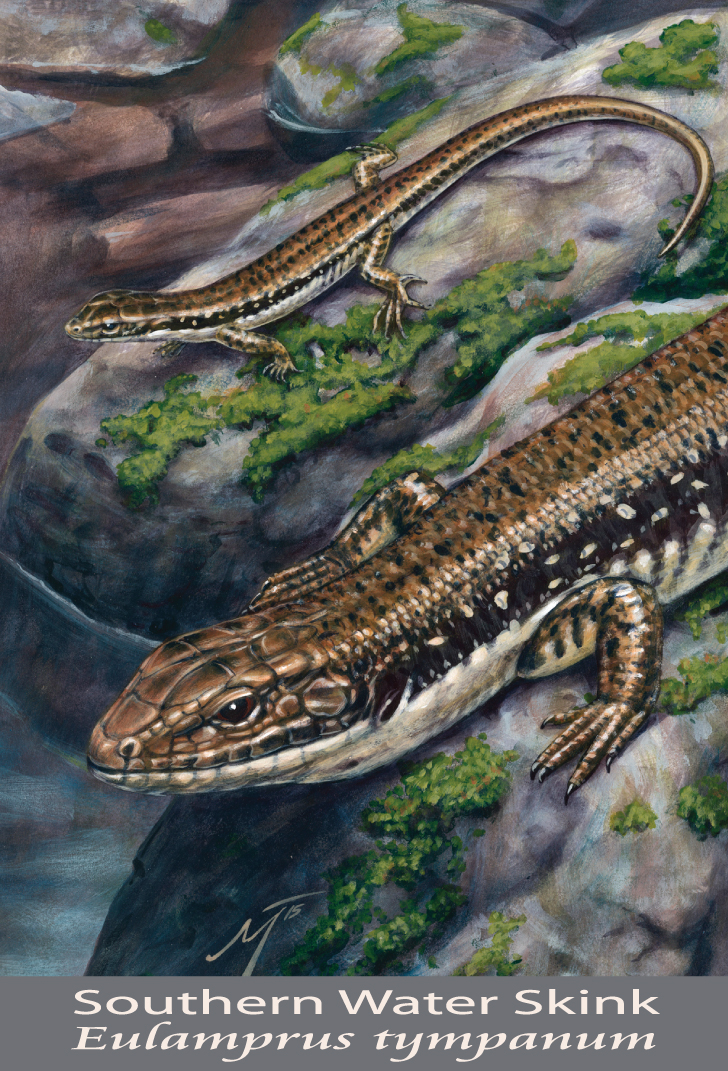 They are medium-sized skinks endemic to Australia, especially Victoria and Rodondo Island in Bass Strait. They usually live near small creeks, seeking small prey such as invertebrates, tadpoles, small frogs and other small skinks. They can often be observed basking on fallen logs and branches.

They mate in spring and give birth to up to eight live young in mid to late summer. The sex of embryos is determined by temperature. A subspecies, the Corangamite Water Skink, is critically endangered, being restricted to the rocky verges of a few wetlands on the Victorian Volcanic Plain.