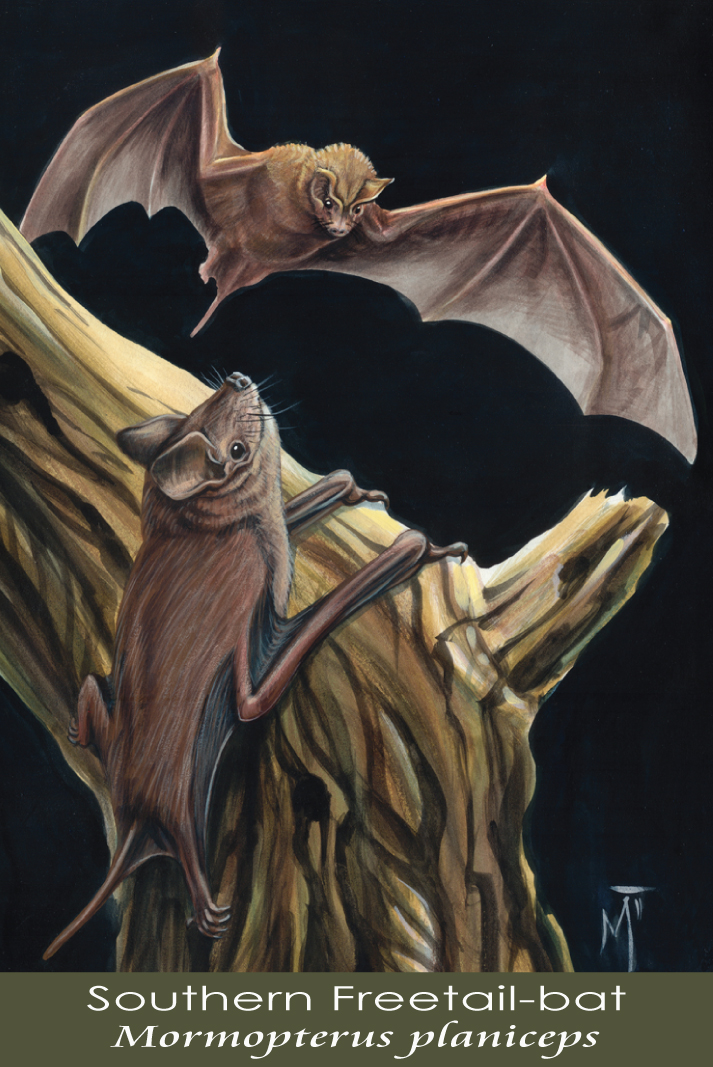 The Free Tailed Bat is so called because, unlike most other bats, its flight membrane is not attached to its strong and thick tail for most of its length. It can be recognized by its fast and direct flight, and by its echolocation call, audible only to children’s ears.

The other, more common Free-tailed Bat, the White Striped, can be heard by all humans. Its main habitat is open woodland, where it feeds on bugs and beetles above the canopy and on the ground, but it is also at home in farmland, roosting in buildings as well as tree hollows.