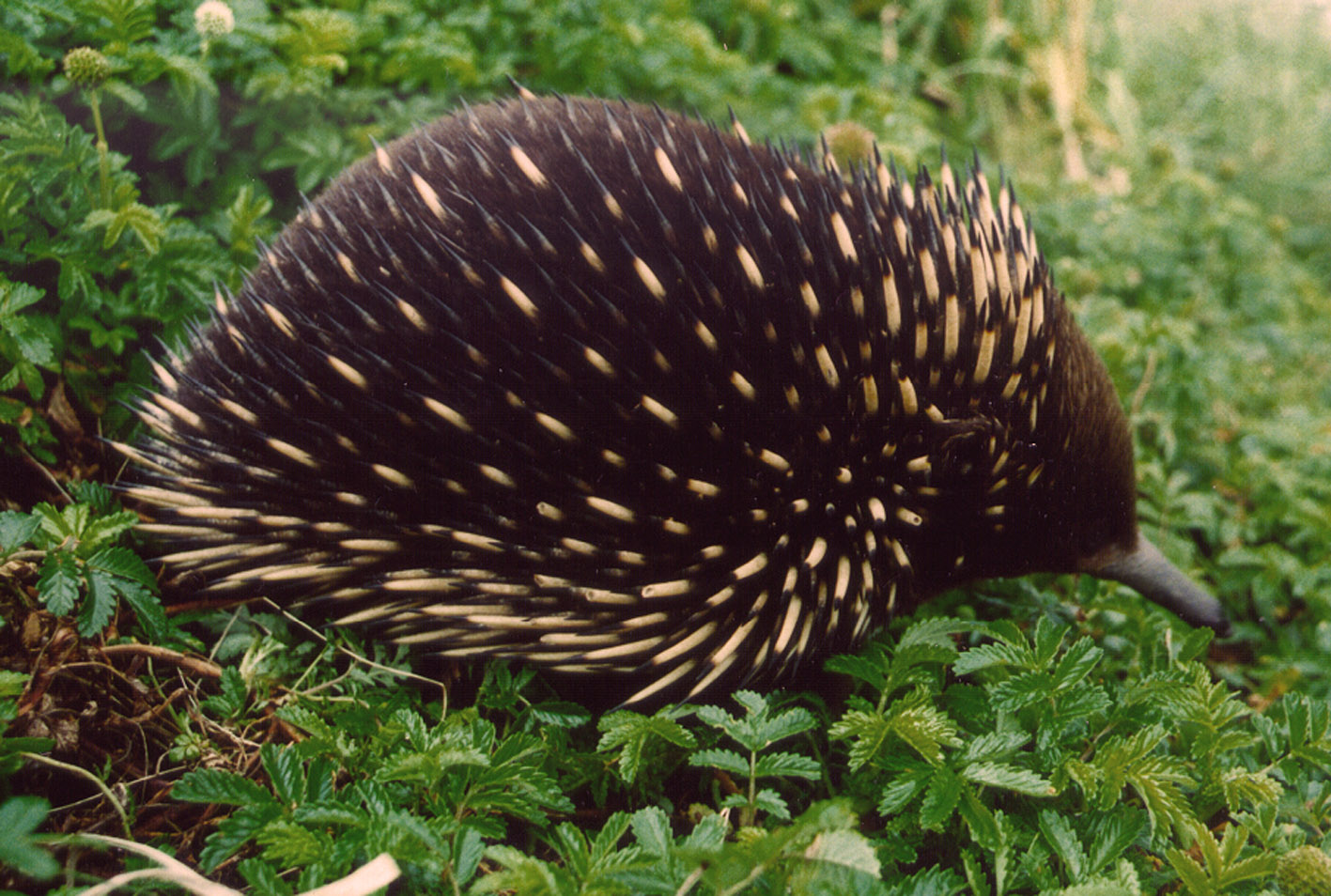 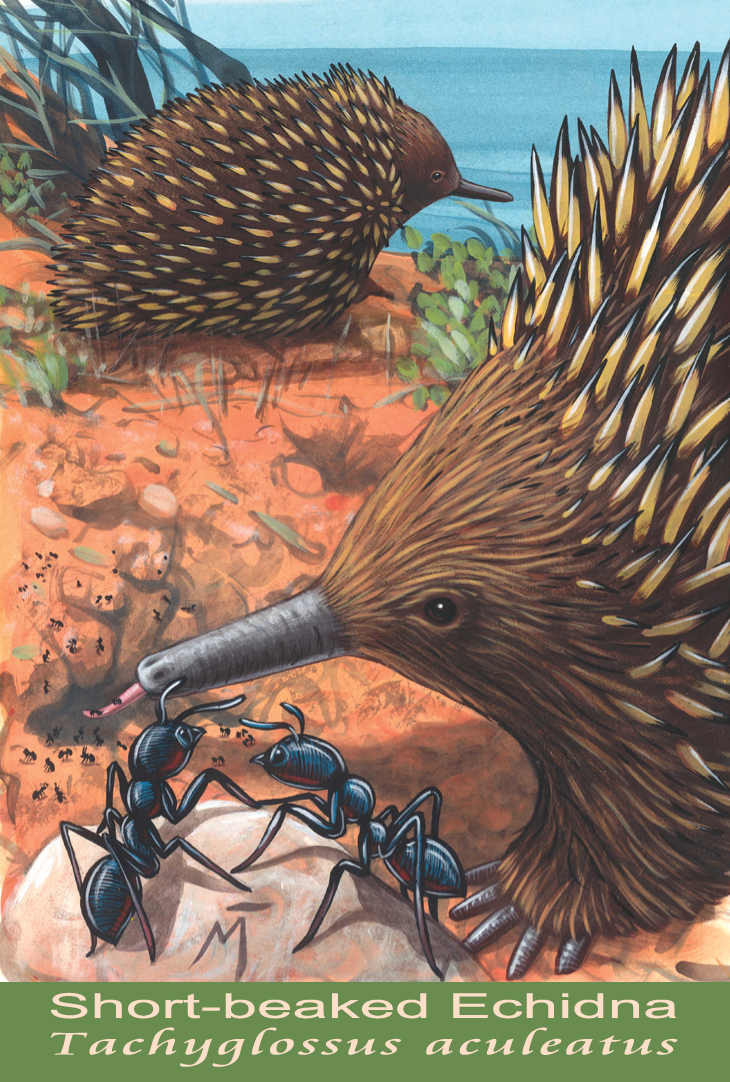 The Short-beaked Echidna is found in many habitats, including along creeks, forests and coastal heaths. It is seen during the day or on warm nights, ambling across country or crossing roads in search of food. Its diet consists almost entirely of ants and termites, which it collects from nests with its long sticky tongue and strong claws.

It shelters in dense bushes, fallen and hollow logs, piles of rocks and rabbit burrows. It is mostly solitary, except when mating, when a single female can be followed by many males. One egg is thought to be laid directly into the pouch, and the puggle is suckled by the mother in a specially constructed burrow. When disturbed Echidnas roll into a circle of protective spikes or dig into the ground while still horizontal.