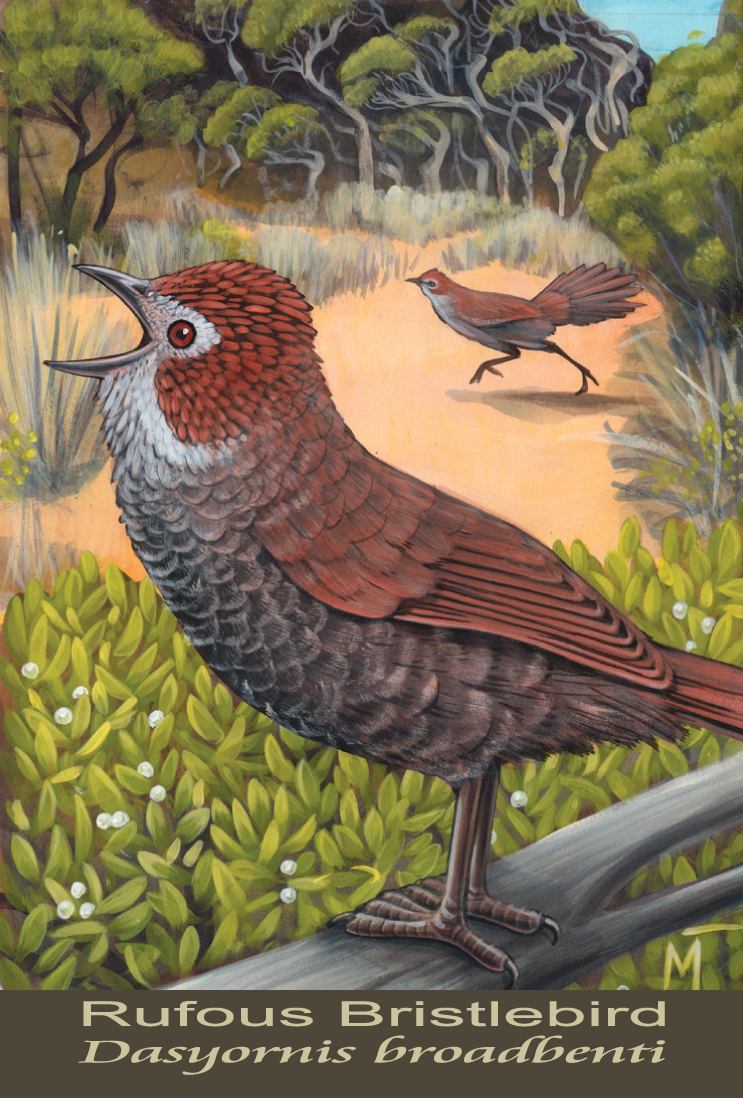 The melodious song of the shy Rufous Bristlebirds can be heard along the coastal track, west from Jan Juc. Predominantly ground dwellers, they are often seen running across clearings and tracks. Individual pairs of birds occupy a territory in remnant coastal vegetation. It is thought to feed on ground dwelling invertebrates.

It lays two whitish eggs with red to purple freckles in a domed shaped nest of twigs, built close the ground in shrubs and tussocks. Habitat loss and fragmentation along the coast, plus predators such as cats, foxes and rats, and past inappropriate burning regimes means the survival of the Rufous Bristlebird is now threatened.