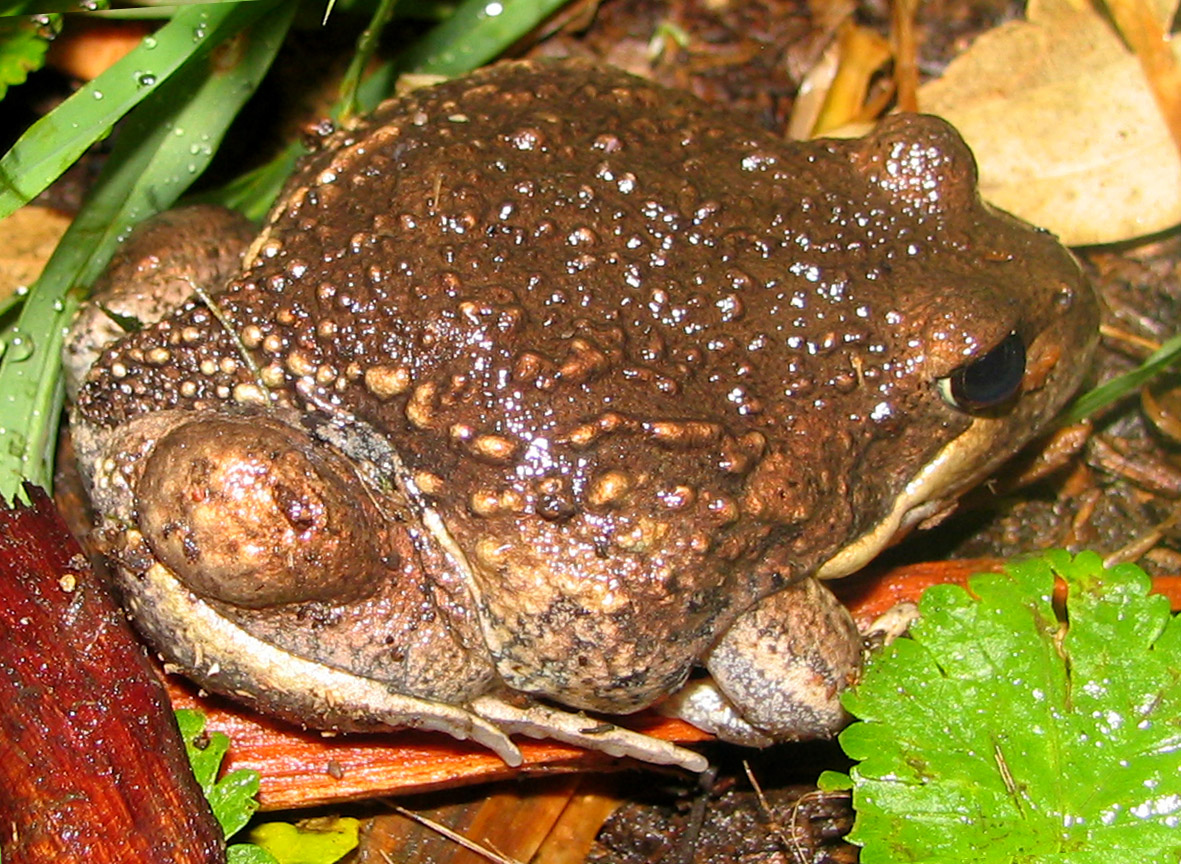 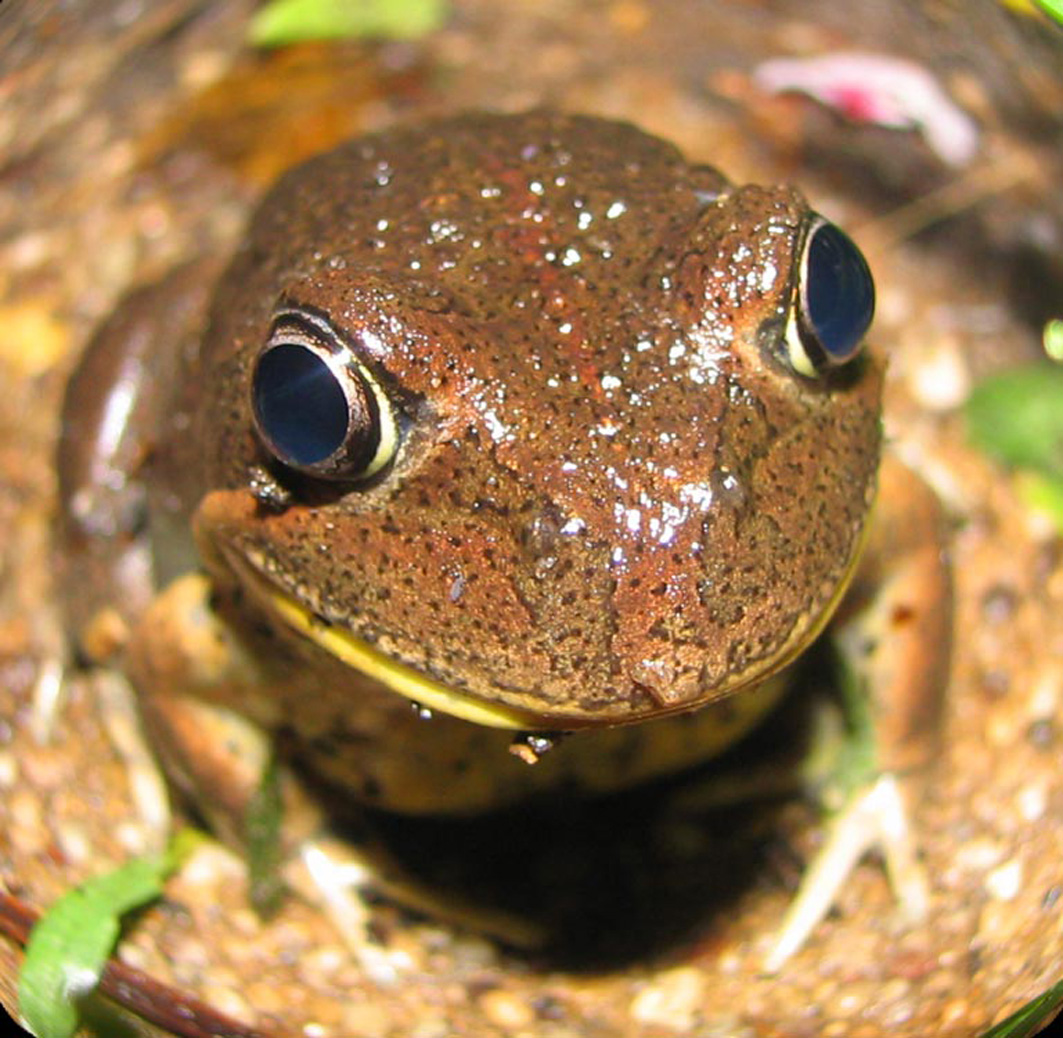 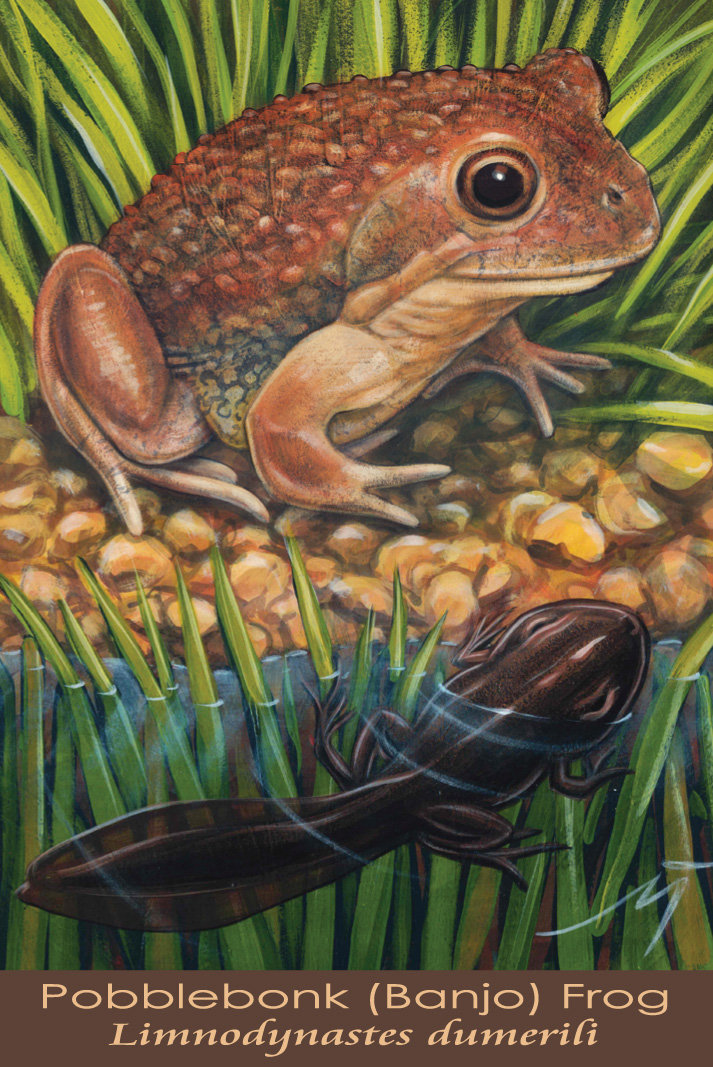 The Pobblebonk Frog, also known as the Banjo Frog, is a familiar burrowing frog. It is found near ponds, dams, flooded paddocks and gardens. It lives underground and can be found after digging. It is often seen in large numbers after the first summer rain, moving to dams and ponds to breed. Floating egg masses can appear like soap suds on the water. It is known for its distinctive, musical call, like a banjo, sounding like ‘pobblebonk’ when two or more frogs call at once. The Pobblebonk Frog with the deepest call is more likely to attract a female.

Photos and illustrations by Mark Trinham