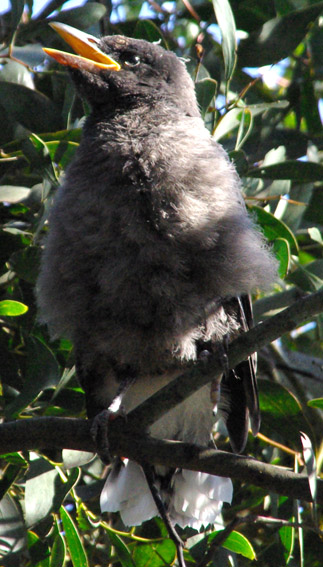 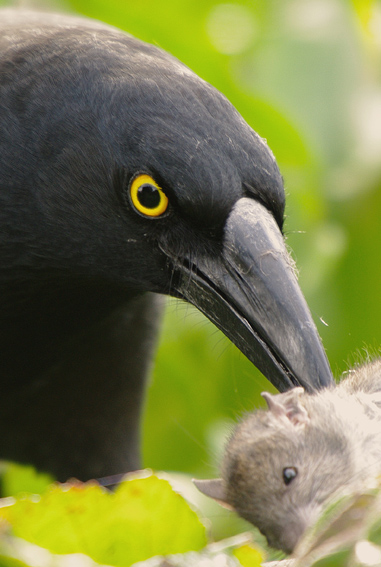 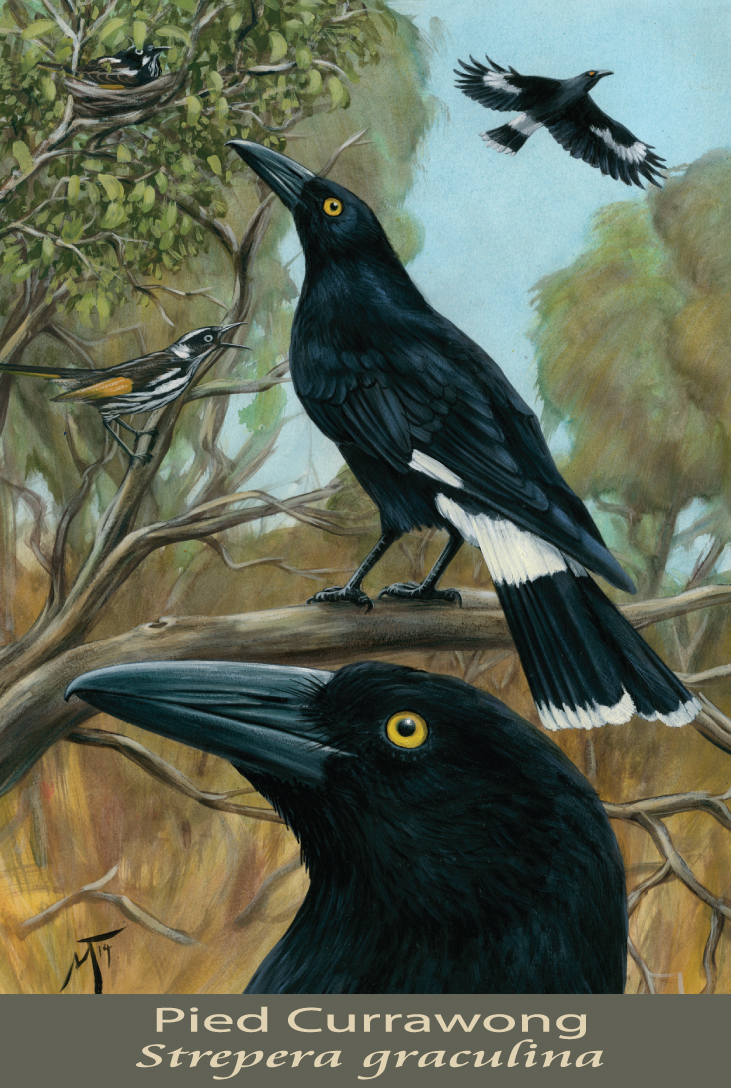 Traditionally breeding in mountain forests, descending in flocks of 50 or more to the plains and towns over autumn and winter. They are great opportunists like others in the crow family. A wide taste in food has attracted them to humans, especially dog food. They now stay on to breed in the lowlands, feeding their young on the young of other birds, reducing other bird populations.

They don’t compete with their near-relative the Magpie, because Currawongs feed in trees, not on the ground. They have contributed to the seed dispersal of environmental weeds such as pittosporum, mirror bush and ivy. The female builds a twiggy nest, lays 3 pinkish eggs and incubates them, while the male helps with feeding the young. The shyer Grey Currawong also occurs in the Surf Coast.