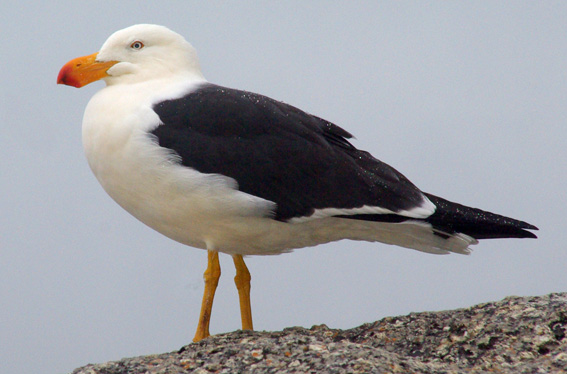 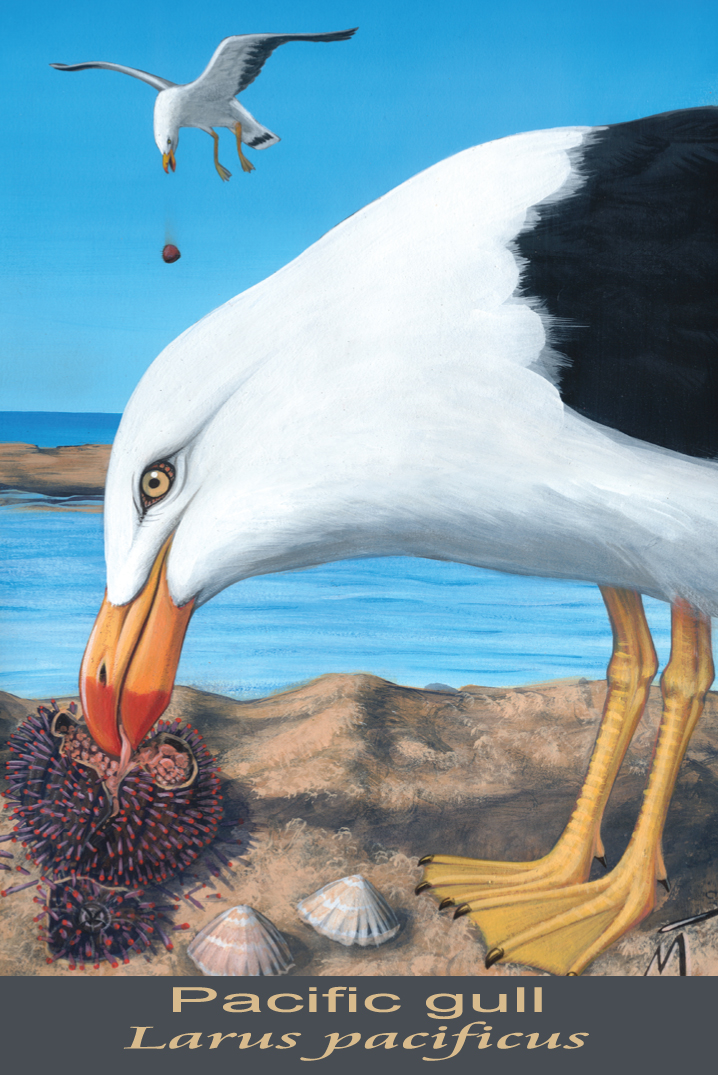 Pacific Gulls are a large black and white gull with a yellow bill, generally seen on the beach in pairs. They feed on shell fish, eggs and chicks of other seabirds, and carrion. They can be seen at low tide dropping sea urchins on rocky areas from around fifty feet to access the flesh inside.

It takes up to four years for a gull to mature, emerging overtime from brown to motley brown to the familiar black and white. It breeds in colonies in Bass Strait, sometimes on rocks, in a nest made of seaweed, grass and plant material. It lays two to three olive brown eggs.