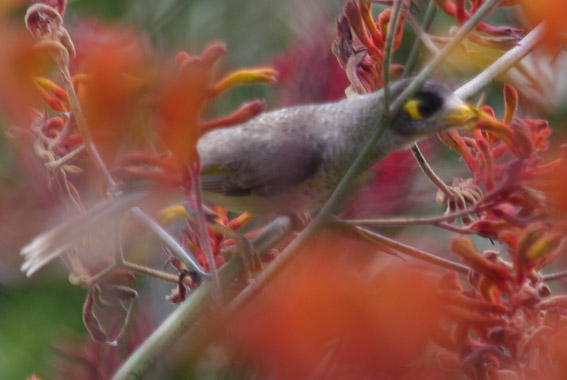 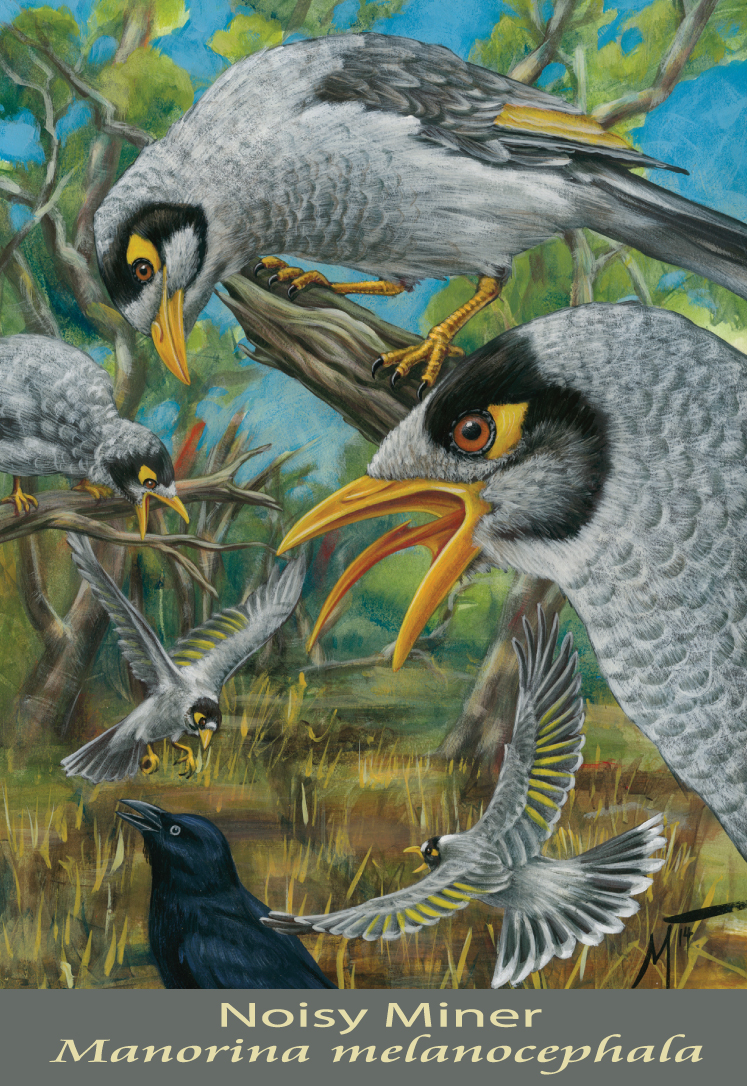 Noisy Miners eat nectar and the little creatures that live on eucalypt leaves. These medium to large honeyeaters live in colonies of varying size, up to a hundred birds, which aggressively and loudly defend their territory against much larger birds, reptiles, and mammals. Unfortunately, they also exclude other small birds, and as Noisy Miner numbers have increased, other species' populations have crashed.

Humans have created more eucalypt and open space habitats that favour Noisy Miners. It may be in our power to fix this problem through smarter planting, more diversity in flora, including dense shrubs for small bird protection.