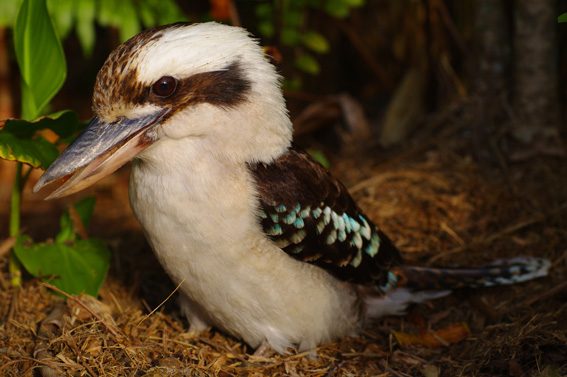 There are 2 kookaburra species in Australia but only the Laughing Kookaburra is found in Victoria, including SA, Tasmania and up to Cape York. It is the largest member of the kingfisher family. Its habitat is open forests, farmland and suburban parks, where it catches lizards, snakes, insects, mice and other small birds, and will take meat (even if still hot) from barbecues left unattended. Its name comes from an aboriginal word describing its call of kook...kook...ka...ka.

Kookaburras nest in level tree hollows, laying 2 to 3 white eggs. They are territorial, and often live with the partly-grown chicks of the previous season. They often sing as a chorus to mark their territory.