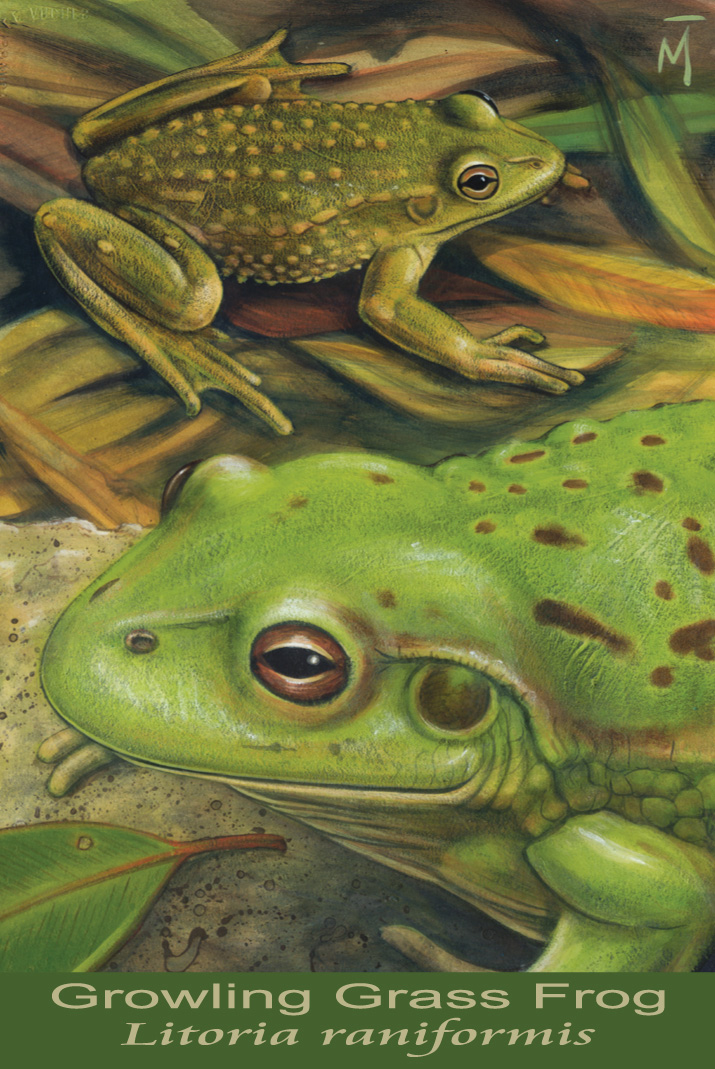 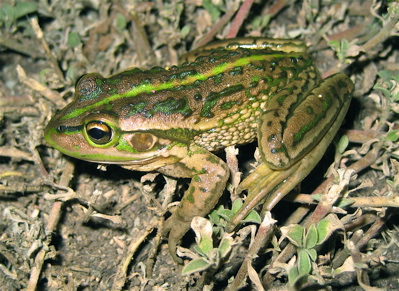 The Growling Grass Frog is the largest frog in the district. Once common across Victoria, it is now isolated to a few populations, including those in the Thompson Creek area. It can be found in water or wet sites in open or disturbed places such as paddocks. It lays eggs in still water found in dams and swamps. It has a distinctive warty back. Unlike most frogs, it can be seen during the day, often floating on open water. It is sometimes called the motorcycle frog because of its call. It preys on other frogs and baby snakes. They have small vomerine teeth used for holding prey, which is swallowed whole.