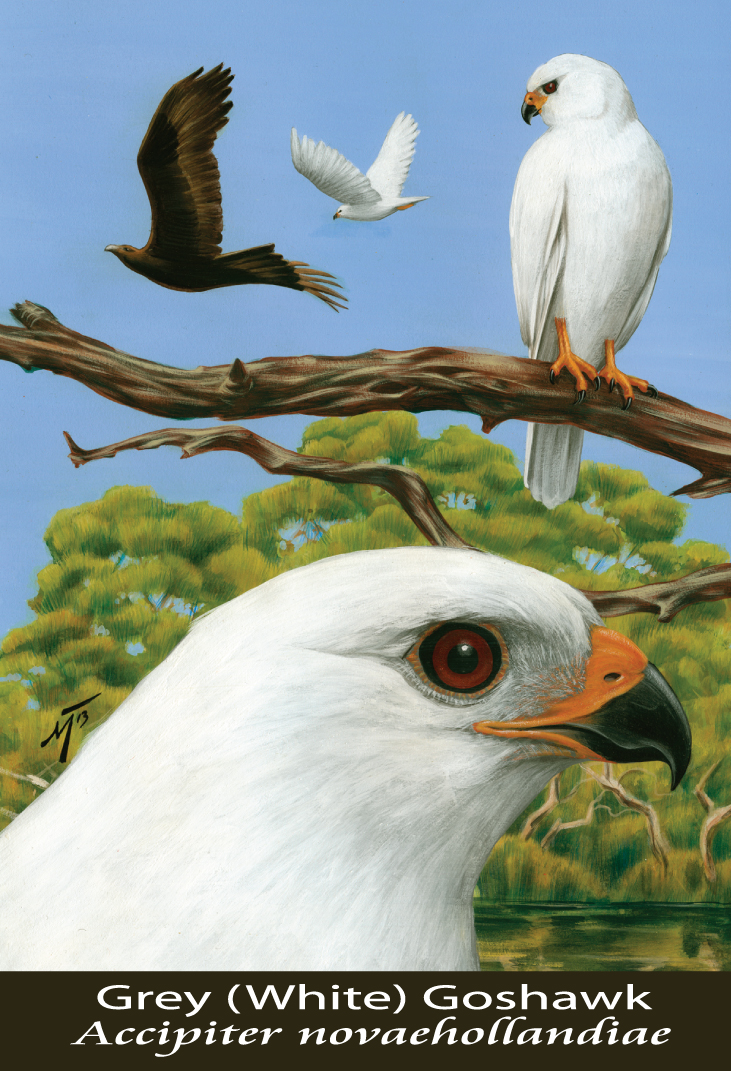 Grey Goshawks are strongly built, medium-sized bird of prey found around the north, east and south-east Australia, and some Pacific Islands. The white morph, known as the White Goshawk, is more common in the Surf Coast. It’s the only pure white-plumaged ‘bird of prey’ in the world. Females are larger than males.

They prey on mammals such as rabbits, possums and bats, and sometimes birds, small reptiles and insects in forests and timbered water-courses. It hunts using stealth, ambush and high-speed pursuit. They partner for life, nesting in tall trees on a platform of sticks and twigs with a central depression lined with green leaves. The female lays a clutch containing 2 to 3 blue-white eggs, which she incubates while the male hunts.