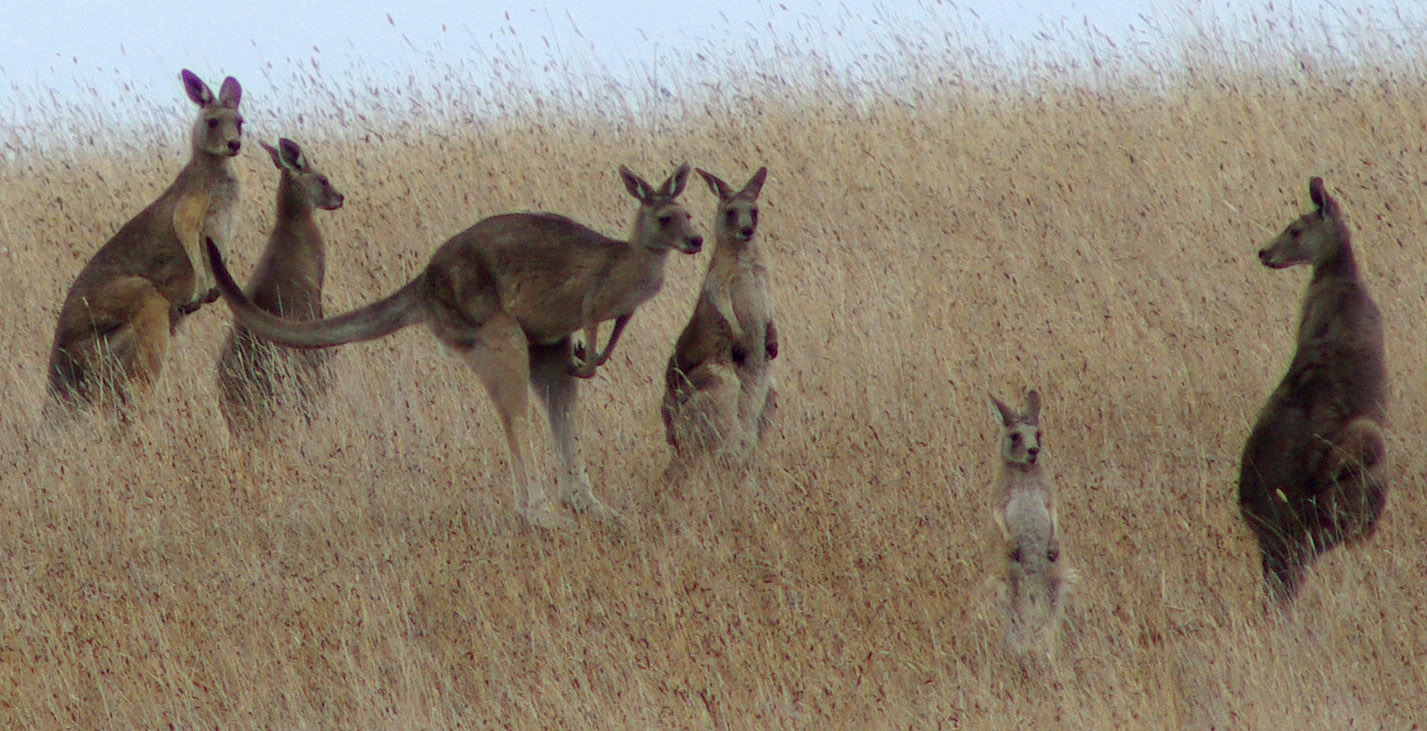 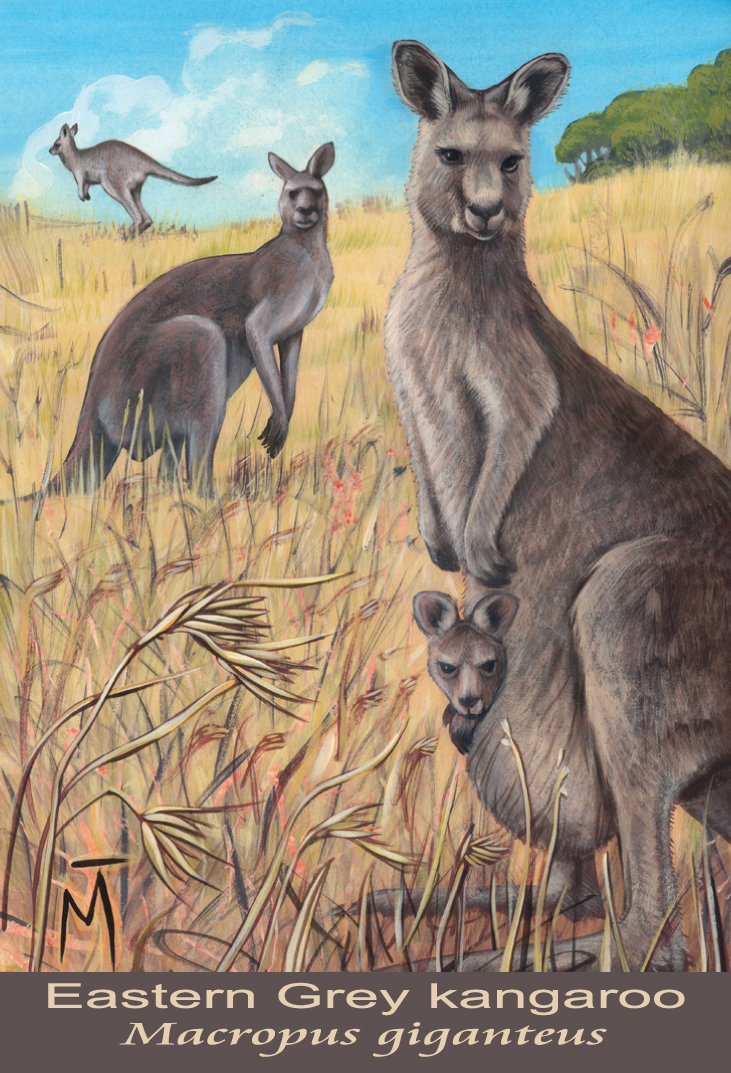 Distinguished by its hairy muzzle, the Eastern Grey Kangaroo is found in most of eastern Australia. It lives in mobs of up to twenty, with one mature male and younger males and females. It is usually seen in the late afternoon and early morning, moving to farmland close to bushland areas to graze on native and introduced grasses and herbs. In the daytime it rests under trees and shrubs.

Joeys can be born throughout the year, becoming independent at eleven months. They can continue to suckle until eighteen months, even after a new joey is in the pouch. Eastern Grey Kangaroos are fantastic jumpers, bounding up to nine meters, but prefer to go underneath fences. Where possible, lifting the lowest wire of a fence and not using barb wire can make life easier for both Kangaroos and landowners.