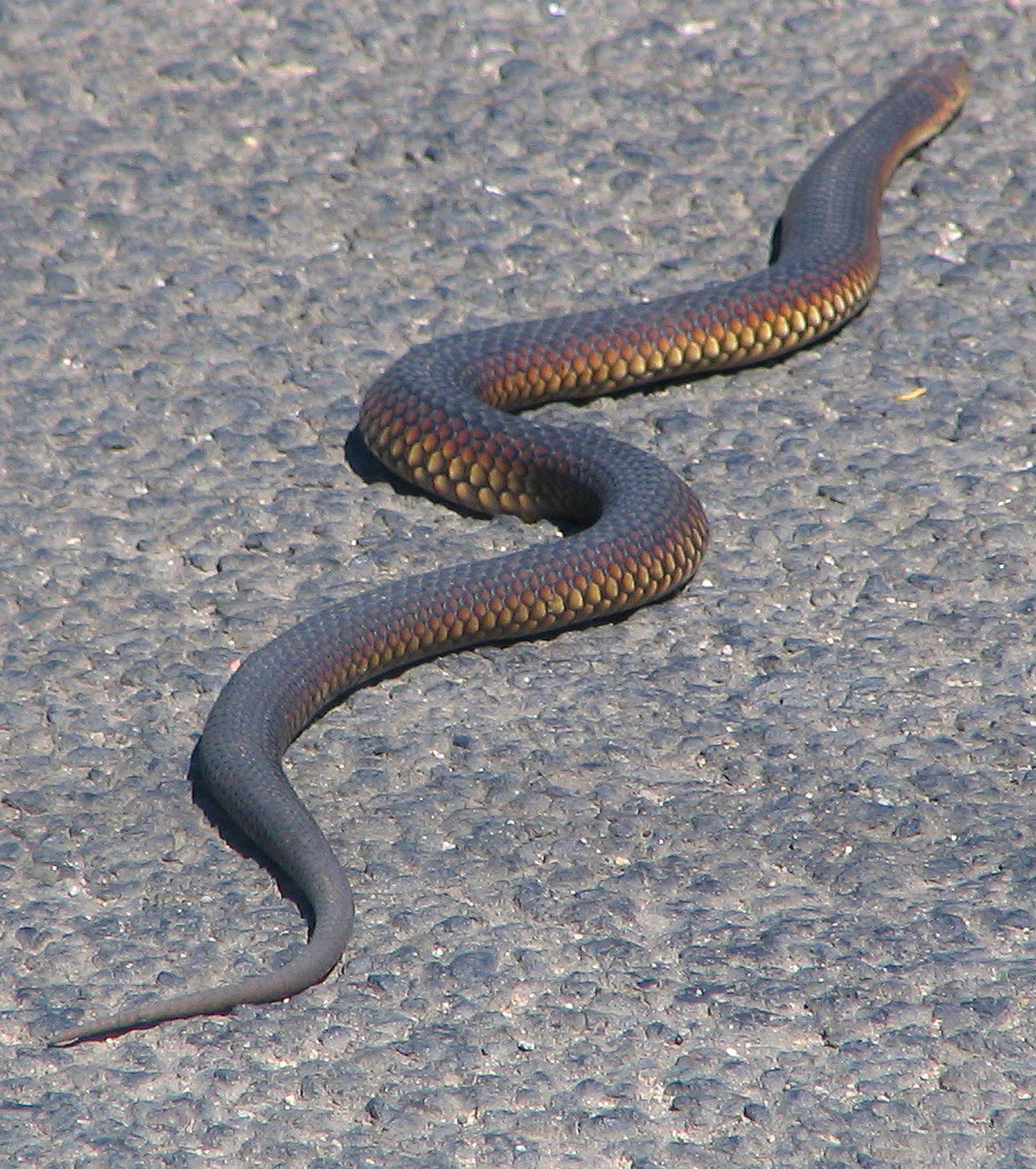 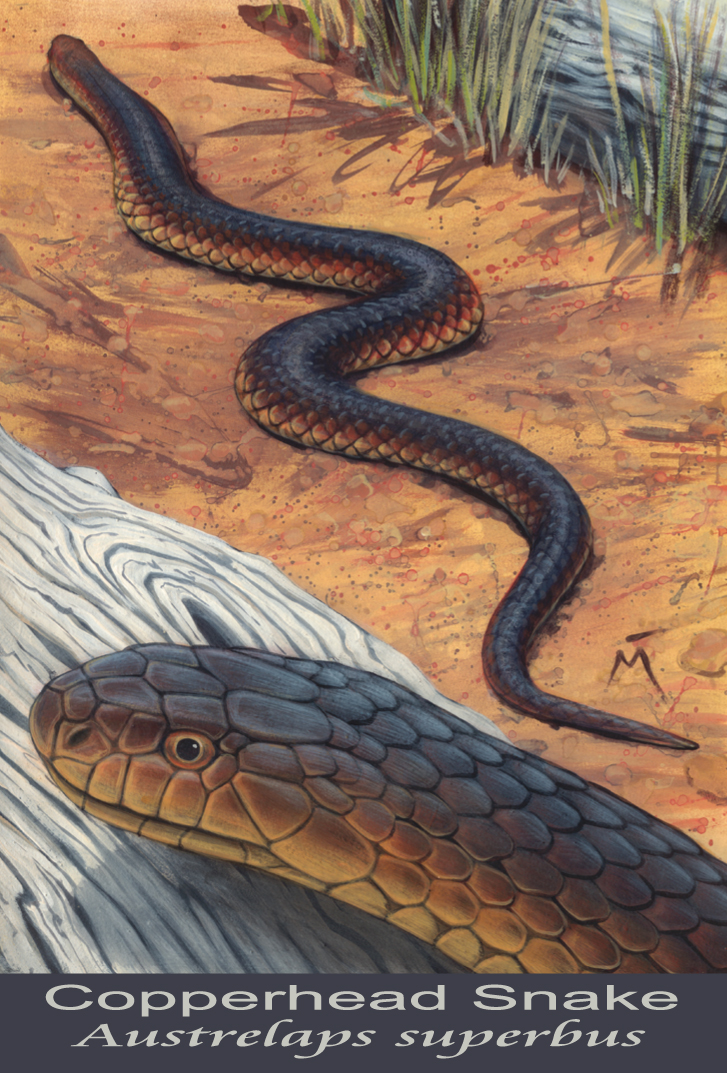 Found in swampy and other areas with low vegetation, the Common Copperhead can be identified by its coppery gleam. It can be seen during the day and on warm nights. It prefers to retreat if disturbed, but will defend itself if it is unable to escape. It feeds on lizards, frogs and smaller snakes, and is a known cannibal. It gives birth to up to thirty live young in late summer. In winter it stays in the burrows of other animals close to water.

It is a highly venomous snake but with relatively short fangs. During breeding season male Copperheads will fight one another in ritual combat, with the lower parts of their bodies entwined, leaving the heads free to strike. Snakes, like all other wildlife, are protected.