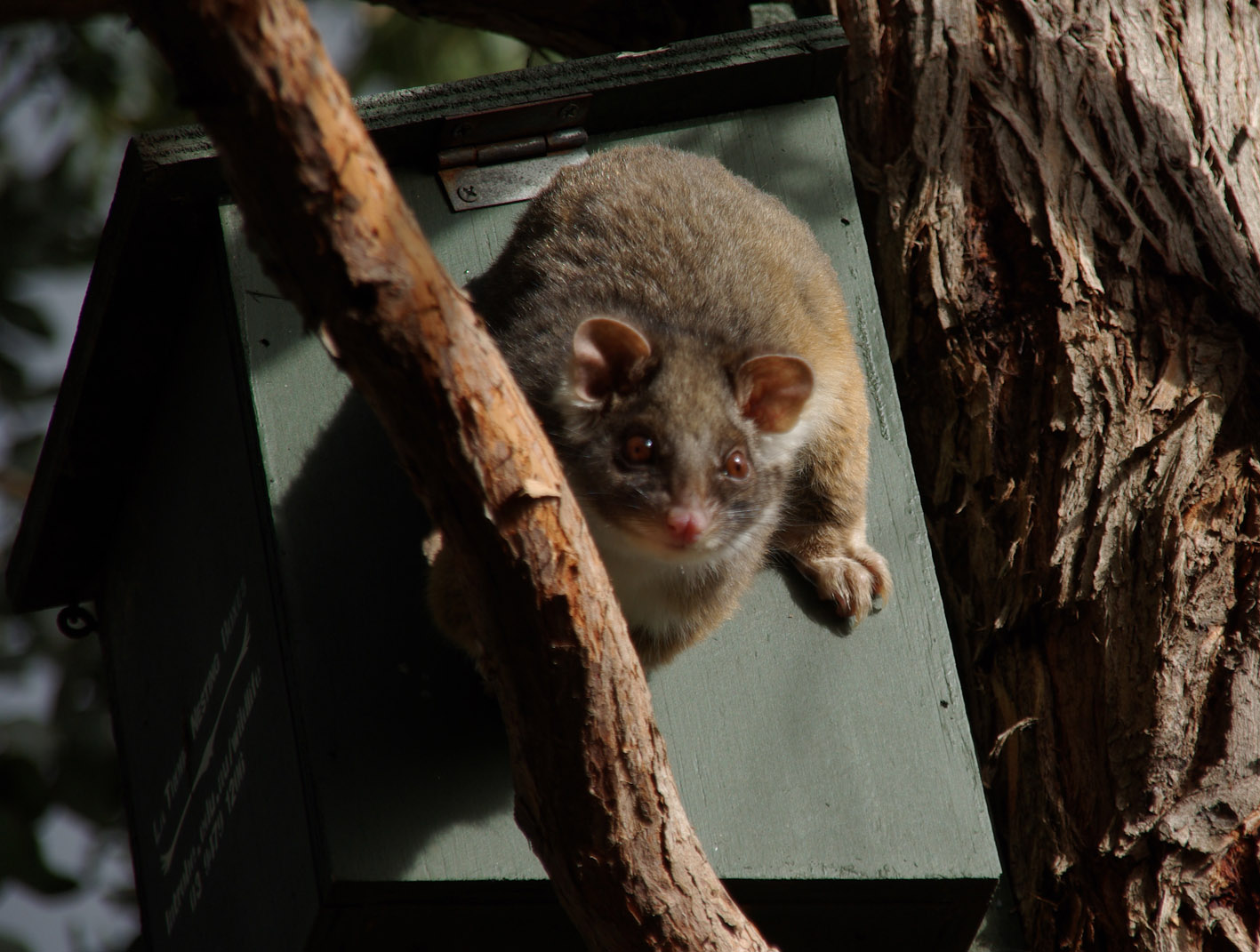 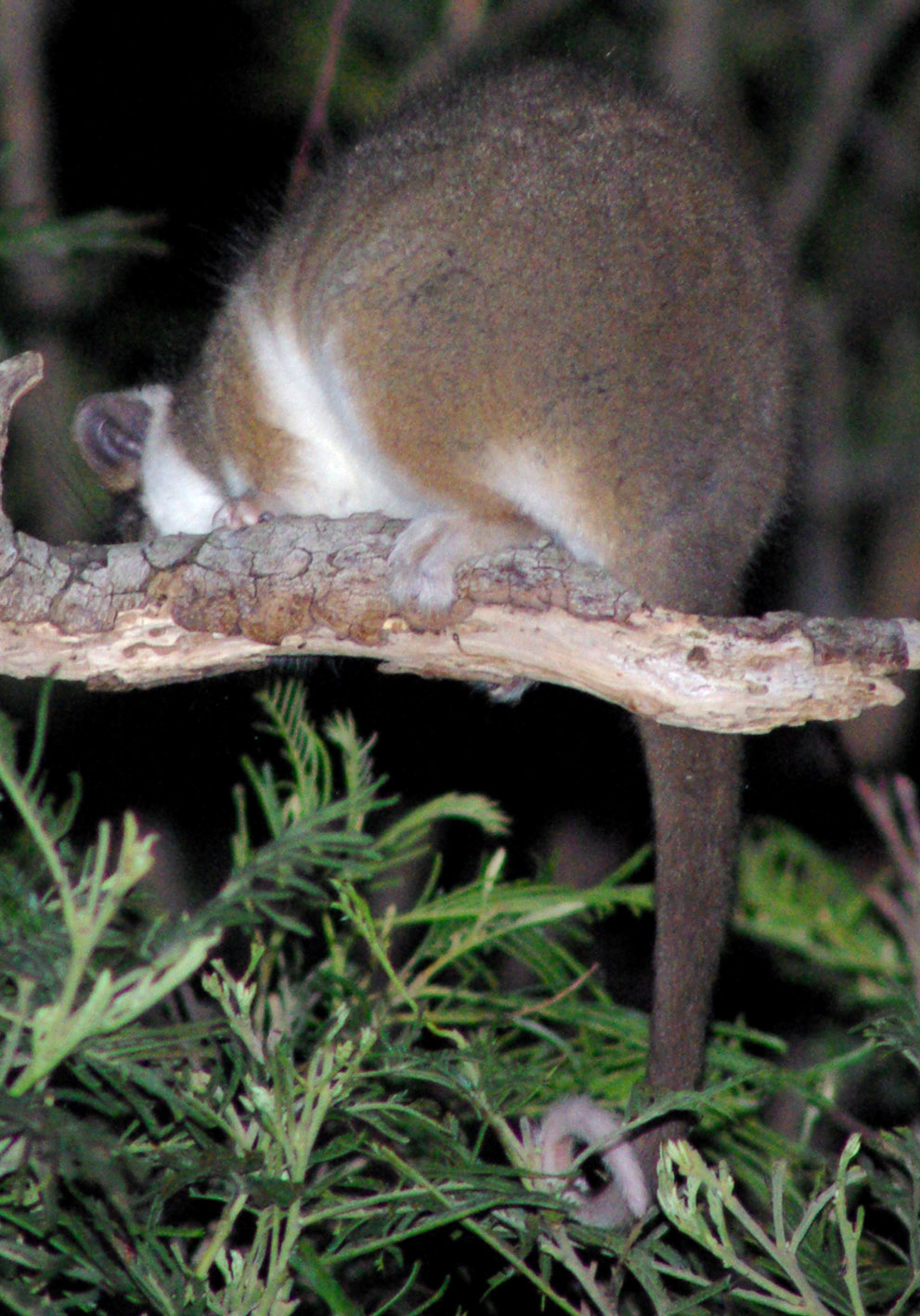 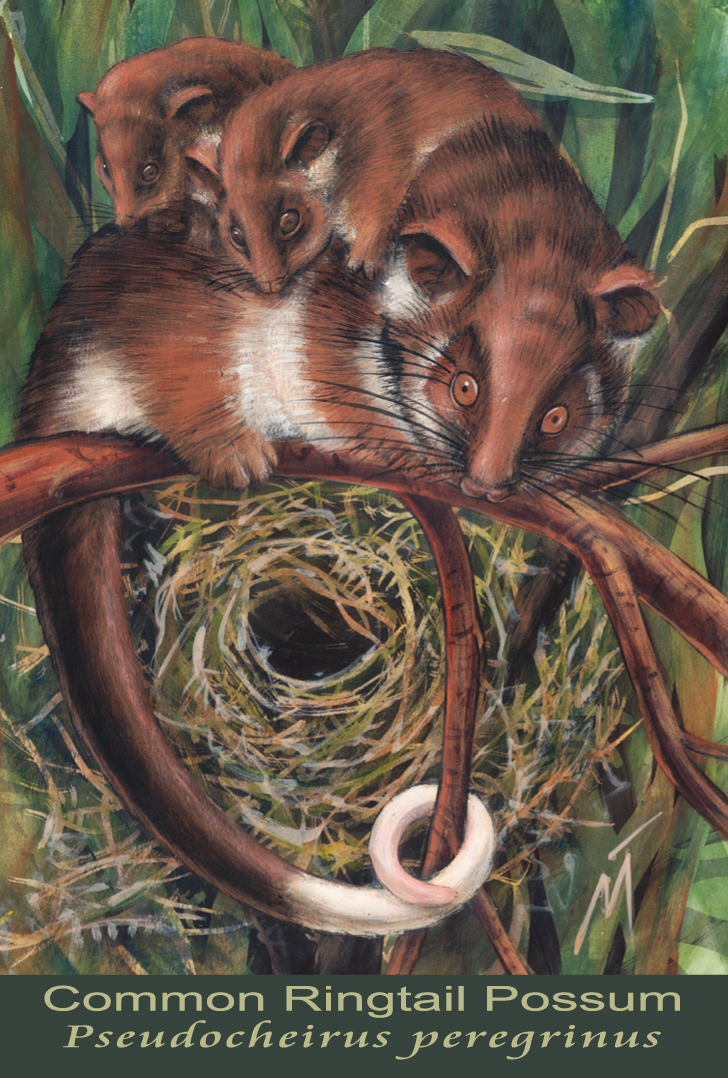 The Ringtail Possum, with its distinctive white tipped tail, is a familiar presence in gardens where its high pitched twittering call can sometimes be heard. It is nocturnal and arboreal, resting during the day in a spherical nest called a ‘drey’, made from grass and bark, that it shares with other possums from the family. It will also occupy a nesting box.

It feeds on native and exotic plants, flowers, shoots, fruits and gum leaves, and, like rabbits it eats a soft faeces it excretes during the day. It breeds around autumn and usually has two babies. Males help out with parenting and babies ride on the backs of either parent until they are weaned. It uses its tail as a fifth limb.