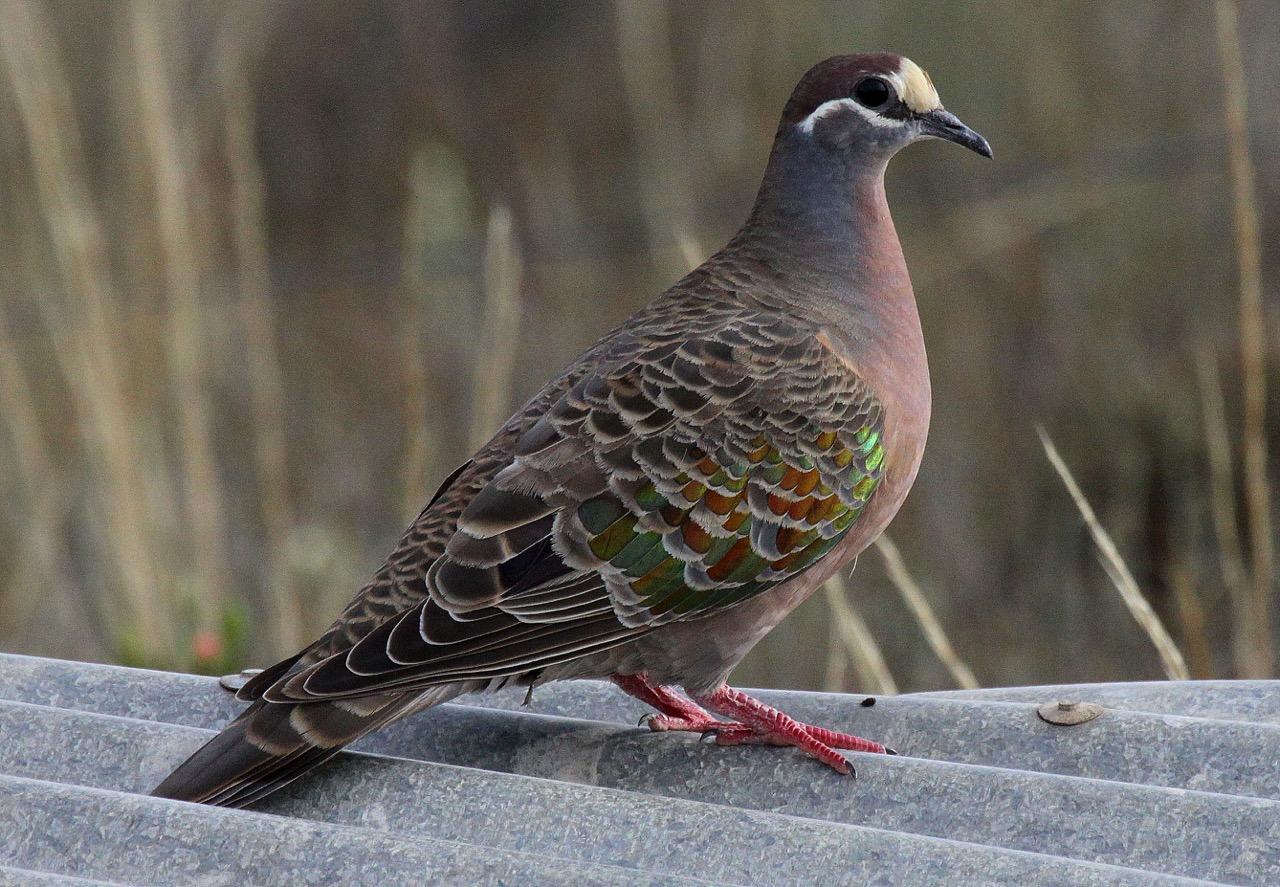 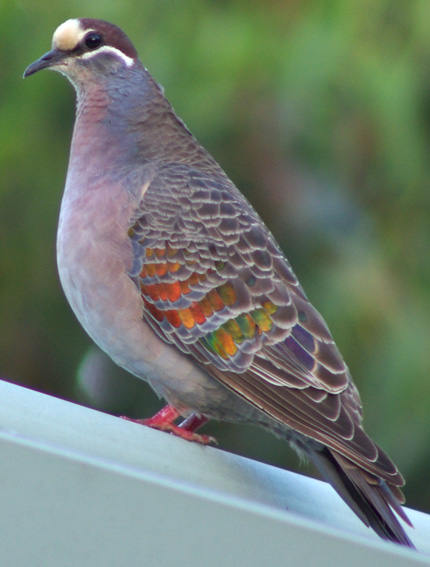 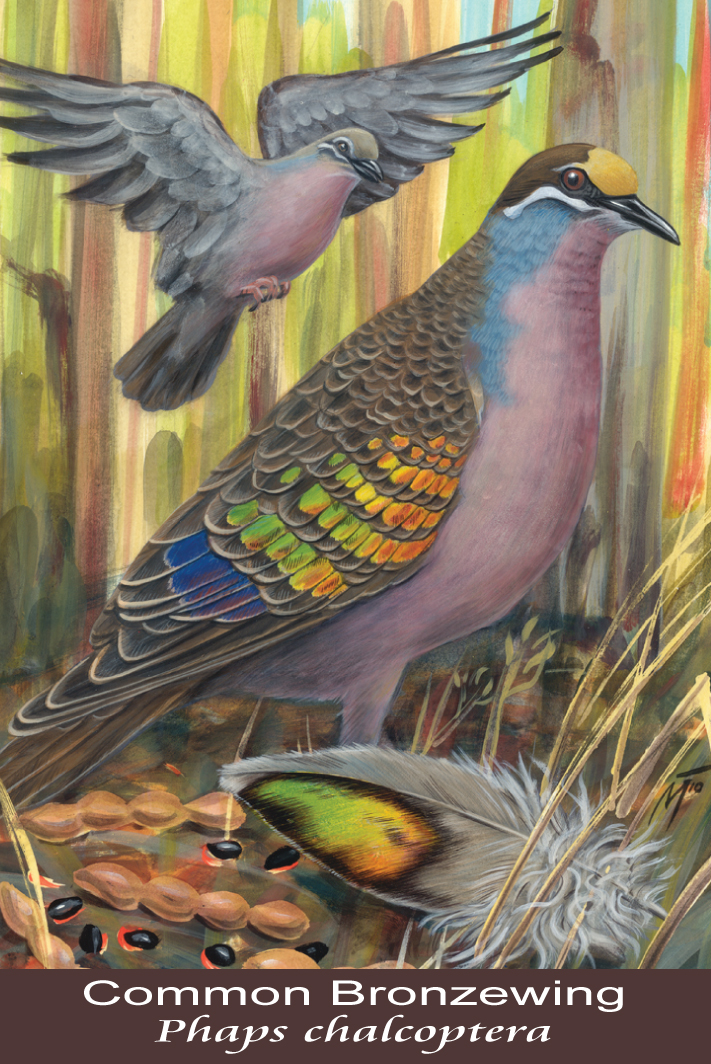 Two of the most common pigeons in Victoria are the Brush and Common Bronze -wings, named for their iridescent metallic wing patches. The Brush Bronzewing has a chestnut brown nape, chin and forehead, whereas the ‘Common’ is grey or white on the chin and nape, with grey to yellow-buff foreheads. Both species have a squeeky sounding flight and make a distinctive “oom” call.

The ‘Common’ calls at three second intervals, while the ‘Brush’ calls faster. Bronzewings are often seen in pairs on the ground, eating grass and acacia seeds, fruits and berries. Like other pigeons, Bronzewings secrete a special milk-like substance from their crop, which is fed to their two young chicks.