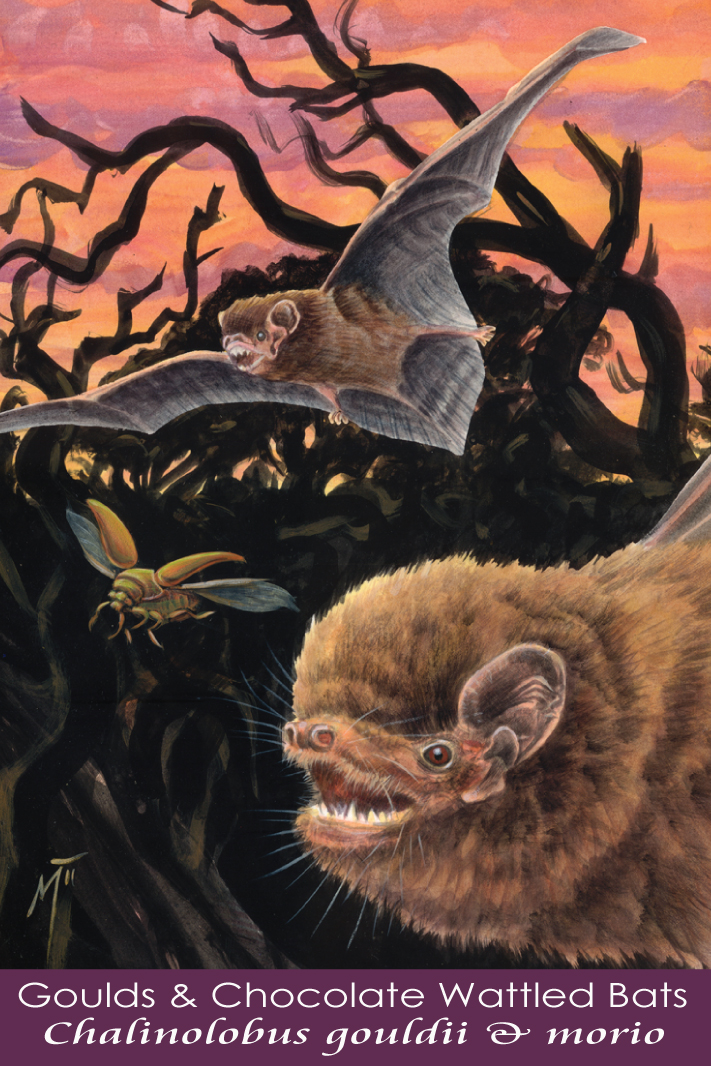 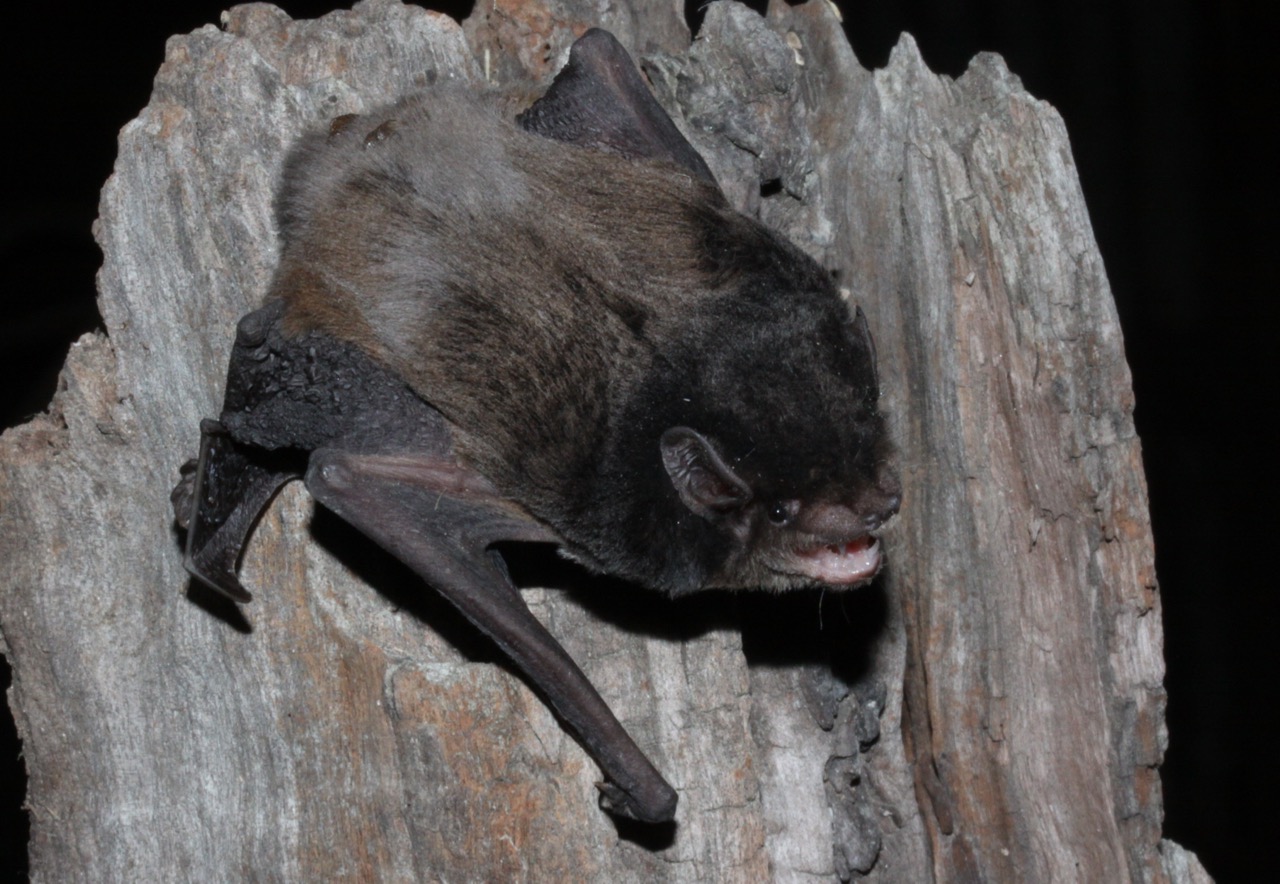 Both the Chocolate and Gould’s Wattled Bats are among our most common bats, frequenting a wide range of habitats from wet and dry forests to urban areas. Their ‘wattles’ are fleshy growths hanging from the edge of their mouth. They roost in tree hollows and buildings, in colonies numbering from one to several hundred, sometimes with other bat species.

Gould’s Wattled Bats however, also roost hanging in leaves. Like many other small bats in southern Australia, they hibernate over winter. Insects, particularly moths and beetles, are captured in open space below the top of the tree canopy. Chocolate Wattled Bats typically drop vertically onto prey.