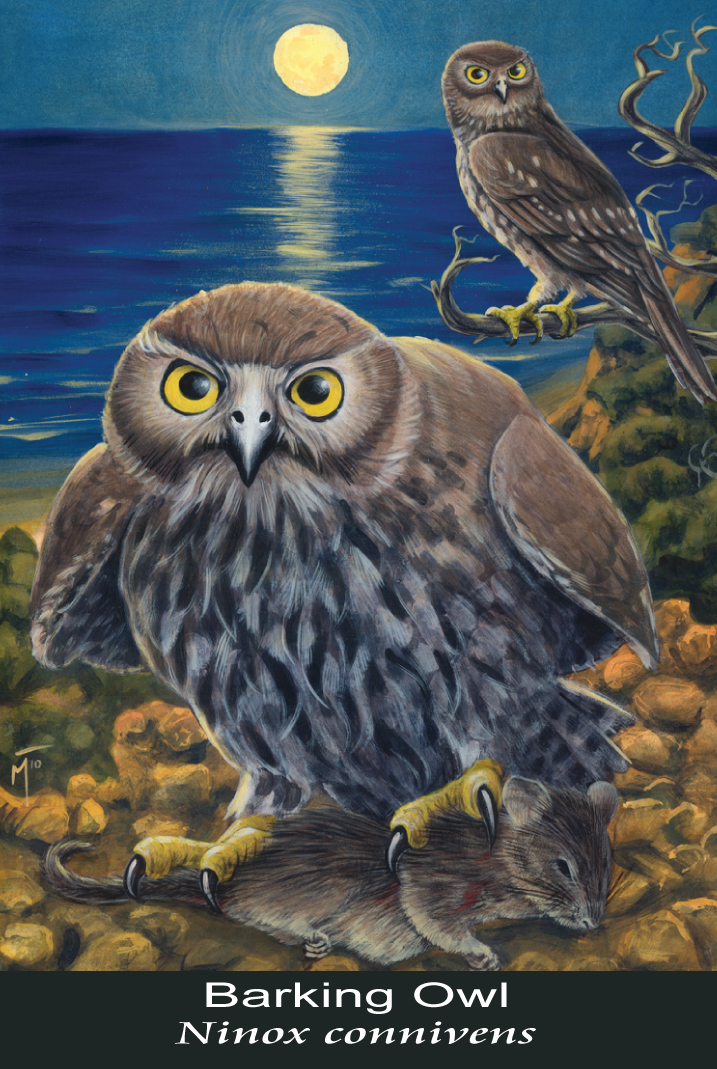 Barking Owls are less common than the similar but smaller Boobook Owls. The call is a loud, two syllable bark interspersed with growls, mainly at night. Sounding similar to a dog, it can often go unnoticed. Rarely, they utter a high pitched, sobbing scream, like a woman in great distress! Found in a variety of woodland, they favor more open savannah woodland.

By day they roost, usually in pairs, in leafy trees, and often are active well before sunset. Their prey can include ringtail possums, rabbits, rats, mice and some birds. Tails and the rear portions of prey are often found below their roosts.