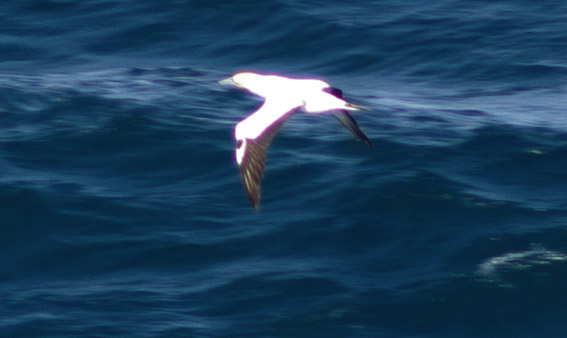 Despite the past devastation of some of its original island breeding colonies by fishermen, the Gannet is quite common along the Surf Coast. They have established new small breeding colonies on human built structures in Port Phillip Bay, although the majority of breeding is on islands in Bass Strait and around New Zealand.

Feeding flocks are often seen flying over shoals of fish and spectacularly plunge diving from about 30 metres. Or they may be seen, singly or in small lines, flying effortlessly, parallel to the beach, on the look out for fish in the forming waves.